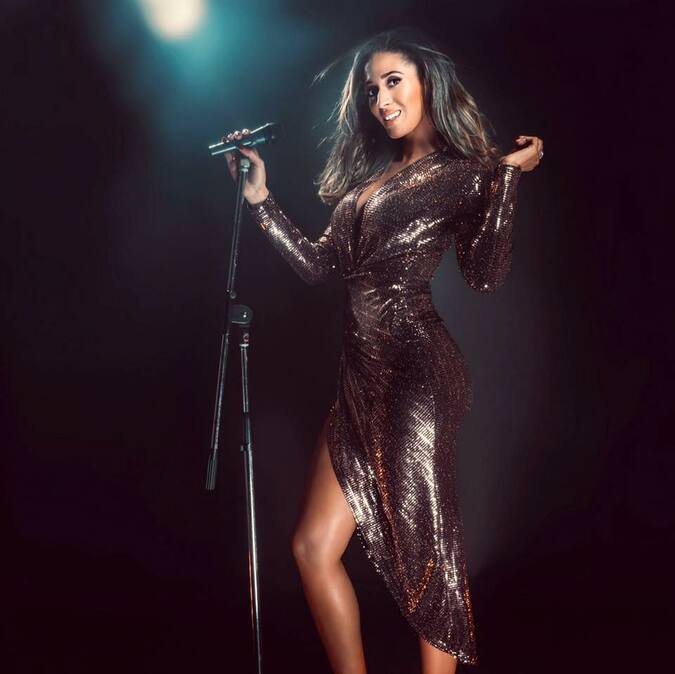 Hayli Kincade, BA Hons, MA in Creative Practice, is a Liverpool based singer and has been performing nationally and internationally since the age of 12.   She started off touring Europe as the youngest member of an international choir ‘One World Rhythm’.  Well known for her smooth, soulful vocals and unique interpretation of song - Hayli is able to take any song and make it her own. Her jazz, soul and R&B background is evident and whether singing a power ballad or a dance classic her vocals are sure to move any listener. Hayli has been on the circuit since the age of 18 and her range of experience, along with amazing vocal ability, onstage personality and glamorous appearance means she will always deliver a show stopping performance.  Hayli has also been featured on several radio stations including Soul fm, Juice fm, Radio City and Radio Merseyside and has made a number of TV appearances over the years. Along with performing, Hayli is a self employed creative & performing arts practitioner and delivers specialist workshops in singing & song writing, piano, dance and drama.  ​ 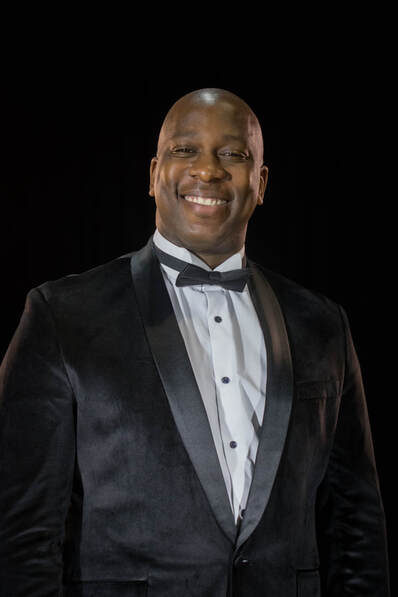 Anthony Alphonse's smooth and soulful vocals are instantly recognisable and inherent for as long as he can remember. He is an outstanding performer, encompassing many styles, particularly Gospel, Soul and R&B. Anthony is a multi-instrumentalist and often compliments his performance with his exceptional piano skills, which have been carefully developed since the young age of 12. He first took to the stage at 16 and quickly realised that music would be an integral part of his life. He went on to study music in London, which facilitated his progression to becoming the versatile, accomplished musician he is today.

Upon completion of his academic journey, Anthony went on to use his skills to travel the world, most notably spending time as a session musician in South Africa and Brazil. Upon his return, and now a seasoned performer, he decided to embrace the role of producer and songwriter. More recently, his outstanding reputation has enabled him to perform internationally, as a celebrity entertainer.

Antony's main endeavour is live performance and he performs regularly with a colourful array of musical ensembles, while continuing his work as producer, song writer and session musician. 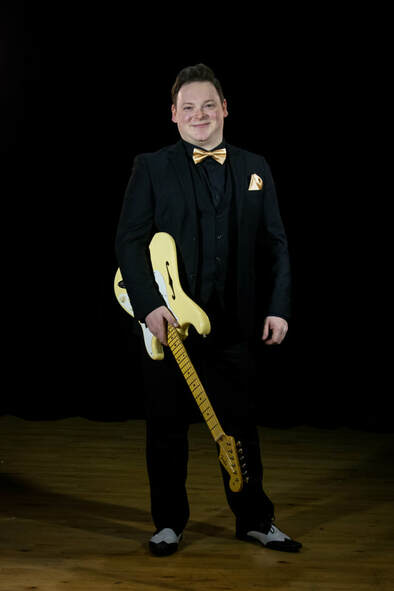 Craig Gamble (BA Hons.) has been a working professional musician since the age of fourteen. Initially working primarily as a guitarist/vocalist and touring with original acts such as Loaded Dice and Freerunner, Craig soon branched out as a multi instrumentalist and has become extremely proficient on a vast array of instruments, from Bass, Banjo, Mandolin and Ukulele. This has seen him perform with various groups, from Jazz, Folk, Rock, Soul & Funk bands.

After graduating from Liverpool Hope University, receiving an award for his live work with fellow students, Craig has composed, arranged, toured and recorded as a solo artist and as a member of his original Rock duo Happy Panda. Another labour of love is ‘Gamble Strings And Things’, a Merseyside based teaching business and live performance agency that Craig founded and runs day to day. Through this outlet he works with a variety students one to one, in groups, tutors in schools across Merseyside, facilitates workshops for a variety of instruments and also helps out as an hourly paid lecturer at local universities on their performance modules and mentoring projects as required. Recent specialisms include advanced ukulele tuition and Celtic acoustic finger-style arranging.

​A regular gigging and recording musician, Craig sessions in various ensembles and plays weekly residencies with his acts, mostly as band leader. Craig loves his live outlet for musical expression and is no more at home than when he wields his trusty blonde ’52 Telecaster and fronting a band. 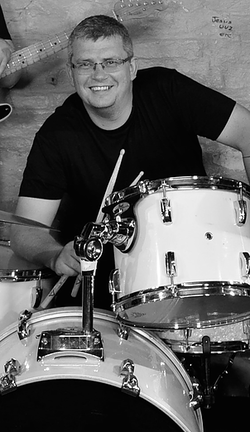 Danny has been playing drums for over 25 years playing his first gig with ‘The Machine’ back in 1990 and Jubjub in the late 90’s. Danny has since played drums with one of ‘A flock of Seagulls’ and also has supported the likes of Catatonia, Space, Odyssey and Elvis Costello and The Attractions.

Danny graduated from Liverpool Hope University and has continued his post-graduate education and now works as Head of Music in a secondary school. ​ 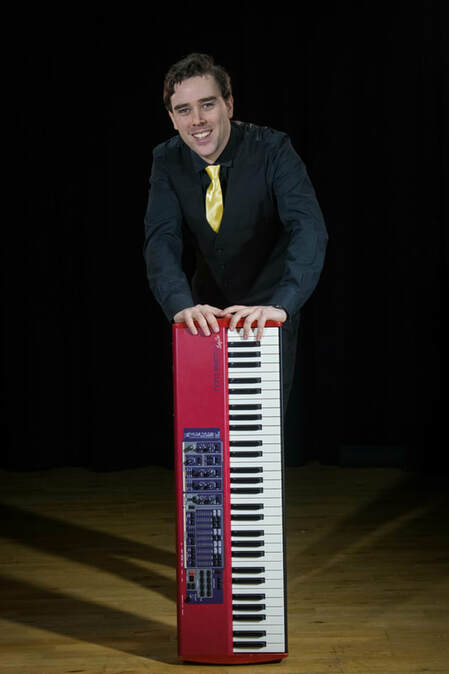 Chad Draper BA Hons has been a working musician for over a decade.

He first started gigging as a professional blues pianist at the young age of fourteen. He has since developed his own style and has branched out into other genres such as Jazz, Gospel, Funk, Soul and Rock.  He has worked with local musicians such as Ian McNabb, Digsy and Alun Parry. He has also performed alongside established acts such as the Kaiser Chiefs, Elbow, Breed 77 and Amsterdam but now focuses on his role in Kikosi.

​Chad is a regular for both live acts and studio sessions.  Not only for his talents on keyboard instruments but also as an experienced bassist and music producer. As well as achieving a BA Hons in music, Chad is also a qualified sound engineer and is always first to address any of the technical issues which can occur during live performance. 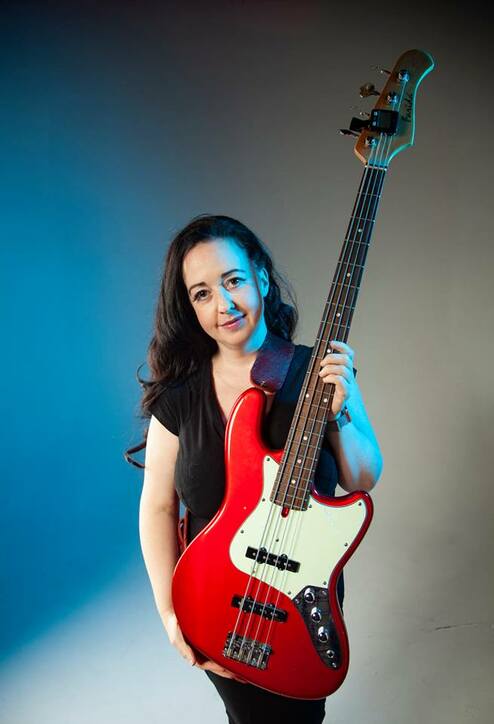 Kelly Harverty BA Hons, PGCE, has been playing music since she was five years old and is a multi-instrumentalist specialising in bass guitar.  She is proficient in many different styles including jazz, funk, soul, and Latin.  Kelly has enjoyed the more obscure side to the music industry and worked alongside the extraordinary group of musicians, Urban Strawberry Lunch. This has led to her performing in some very unusual places including bell towers, roof tops and museum scaffolding!

She is always in demand and has worked with some of the biggest names in the music industry.  One of the highlights was in 2008 when she performed with Ringo Starr, at Liverpool’s Capital of Culture launch.  Kelly graduated from Liverpool Hope University with honours in 2010, where she excelled in advanced composition and advanced performance.

​She now continues her post graduate education and works as a session musician, full time music lecturer and arranger/bassist with Kikosi.